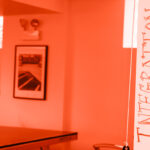 Marketing Your Online Efforts Offline: Don’t Get Caught in a Vacuum

The apparent lack of success YouTube is finding with its 2012 Elections Hub, as documented by this ReadWriteWeb article, is not surprising. While YouTube is bringing in content from a fantastic... Read More »