Malware: The Ugly Side of SEO 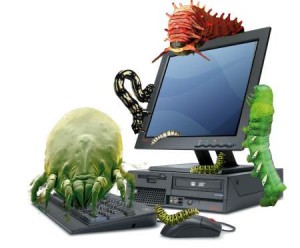 Marketers aren’t the only ones using SEO to their advantage.  According to a 13-month study recently released by Google, malware (short for malicious software) authors are using black hat SEO techniques to push fake anti-virus software to unsuspecting users.  Fake anti-virus programs account for 15 percent of all malware Google sees on the Web.  Malware authors have been running these fake anti-virus programs since as early as 2003, but with Google’s evolution to allow users more transparency with things like Google Trends, it has gotten extremely easy for malware writers to access trending data, stuff web sites with trending keywords, and increase the infected page’s search rankings.

Don DeBolt, director of threat research for CA’s Internet security business unit says, “They [malware authors] have perfected the use of Google trend data to build viable targets, because the content indexed is driven from popular searches at any moment in time,” he says. “In the past we saw mass keyword SEO, where static content was placed on compromised Web sites and later indexed by Google, but now that content has grown more dynamic.”

The study notes that fake anti-virus distributors rely a great deal on on-line advertisements and pages with trending keywords to do their dirty work.  They have also become quite savvy with their distribution networks, constantly rotating among “short-lived domains” so they don’t get caught.  So far, it’s worked pretty well for them, but Google is doing their best to fix the problem.  In the meantime, be cautious with what and where you click on the Web in order to remain unaffected.

You can read Google’s report here.

Going Digital: The Shift in Marketing Organizations Across the Globe

The tools of sales and marketing continue to evolve and companies that are changing their marketing strategies with these trends are reaping rewards. Online marketing and digital media can be highly effective ways to engage a larger audience on a lower budget.