Big changes are taking place in the world of video. People are turning to video for news, humor, entertainment, and education. With social media, trade-show presentations, and websites like YouTube, video is pushed through multiple channels and has an “on-demand” status.

One of the biggest changes in video is what some video-enthusiasts have called “The DSLR Revolution”. A new era has begun in which small-budget crews are able to obtain the “film look”. Filmmakers are seeing an increase in the production value of their videos thanks to better, smaller and more efficient equipment. Quality video is becoming easier to produce and online posting makes content more accessible.

So what exactly is the DSLR revolution? For people who don’t spend every day geeking out about new video technology, this term may be foreign. It started with the release of the Canon 7D camera in September of 2009. The Canon 7D is a digital still camera that has the ability to shoot full 1080 HD footage at 24 frames per second. The result is that video shooters can achieve selective focus (selecting which area of the frame will be in focus and which will be blurry) and the desired “film look”—with the added convenience of a camera that can fit in the palm of your hand.

After the Canon 7D camera came the camera slider. The camera slider allows for tracking shots from left to right and forward and backward. Before the camera slider, film crews needed to rent a dolly—many of which weigh several hundred pounds—set the track, hire an operator and focus puller, and manually push the dolly from point A to point B. It was an incredibly cumbersome process, whereas the camera slider can be set up and operated by one person. 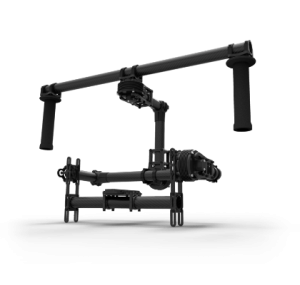 The most recent development in film technology is Freefly’s MōVI M10. The MōVI is a gyro-stabilized, remote pan-and tilt-controlled camera rig that can be handheld or mounted on an object. One person can move around holding the device while a second person watches a wireless HD video feed and controls the pan, tilt, focus, and zoom of a shot.

The founders of Freefly originally created gyro-stabilized rigs for remote-controlled helicopters. At the time, no one had made rigs small enough and strong enough to support a handheld device. The founders of Freefly saw a need for a handheld device in the market and went to work developing smaller and smaller rigs eventually resulting in the MōVI. The technology in MōVI has greatly minimized the time it takes to capture smooth moving shots. Freefly presented the MōVI to J.J. Abrams and re-shot a scene from the Star Trek movie that originally took several hours and multiple takes to film. They were able to capture the shot in one take using the MōVI.

The MōVI is scheduled to be released to the public later this year, so keep an eye out for it—it’s on the LoSasso wish list, so our video team is sure to be on MōVI-watch all year.

Social Media and the Second Screen

Customers’ cross-channel media consumption should inspire you to go social Last week, while I was... Read More »

How to develop an effective content calendar in 6 steps

At LoSasso, we often have brainstorming meetings where we are flooded with great ideas—but the... Read More »