Social Media and the Second Screen 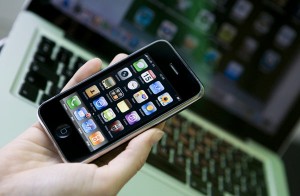 Customers’ cross-channel media consumption should inspire you to go social

Last week, while I was catching the season premiere of AMC’s “Breaking Bad”, I spent the entire episode interacting on social media. In real time, the showrunners and viewers alike were conversing about the episode and offering up theories, exclamations and speculations about what might happen in the coming weeks. This trend appears to be widespread for consumers and marketers. According to Marketing Insights Magazine, more and more marketers are taking advantage of second-screen technology—especially as it relates to the consumption of video content and social media.

Second-screen technology, or the concurrent use of smartphones, tablets and PCs during television viewing, turns programmed events into a shared social experience. The interaction or extended reaction to viewed content, including advertising, can extend the value and impact of a 30-second commercial well beyond the broadcast time. For example, according to Forbes’ Alex Konrad, 2013 Super Bowl social media engagement involved 5% more overall engagement than last year with Budweiser getting the biggest boost: a 145% increase in social engagement in the week before and a massive increase of 634% on game day.

Advertisers seem to be catching on. Twitter was mentioned in 26 of 52 Super Bowl commercials (Facebook was mentioned in 4). It seems that Twitter, with its 140-character limit and simple interface, is the preferred social platform for those typing on phones and smaller keyboards.

Last fall, The Research Intelligence Group (TRiG) published a study called “Pay TV Consumer 2.0: The Rise of the Next-Gen Family,” which gathered data from more than 500 households that described themselves as users of second-screen technology (meaning that they consumed video or engaged with social media on at least two screens). They found that of the respondents, 60% of households had no children under the age of 18 and only 15% were single-person households (dispelling the myth that second-screen users are primarily teens and twenty-somethings with too much time on their hands). Second-screen users shared content on social media related to the content they were viewing; approximately 54% reported that they had texted, tweeted, posted or commented daily about the content they were watching on TV. The study also found that respondents ages 18 to 24 are more likely to use their smartphones as a second screen (83%), whereas adults ages 18 to 54 used tablets or handhelds for the same purpose.

Whether or not you welcome this level of advertising “engagement,” it’s coming to a second screen near you. Marketers and advertisers take note: social and search apps present a great opportunity to advertise across a wide range of media, simultaneously generating interest, stimulating use and opening new revenue streams with second-screen technology.

Take it from a second-screen user like me: the opportunities for engagement are endless.

Behind the Lines with Chicago’s Leading Business Editors

Clients strive for as much media coverage as possible—both for top executives and the company... Read More »

Big changes are taking place in the world of video. People are turning to video... Read More »