Is Apple Losing its Cool?

Published May 21, 2010 10:31 am by LoSasso
Categories: Branding, The business of marketing 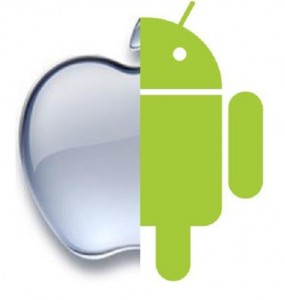 For years Apple has been seen as hip, cool, and friendly, but has that happy reputation begun to sour?  In recent months Apple, had cops raid the house of a blogger who wrote about the unreleased iPhone he got his hands on, made Ellen DeGeneres apologize on national television for dissing the iPhone, taken what seems to be a pretty personal jab at Adobe and their Flash brand (Apple says the move is purely business), and banned an app created by Pulitzer Prize winner Mark Fiore because it “contains content that ridicules public figures…”.  This once friendly tech-giant seems to be turning in to a grumpy version of its former self.

On top of that, a battle has been brewing between Apple and Google, two industry giants with rival technologies, for the top spot in the future of mobile phones.  Since its release in 2007, the iPhone has changed the way the world interacts with their phones, but Google’s Android devices are poised to give Apple a run for their money.  Why?  It’s simple – Android phones have something iPhones do not – more freedom.  Freedom to choose your mobile carrier; Android phones are widely available on multiple carriers, while iPhones are exclusively on AT&T (at least for the time being).  Freedom to design what and how you want to; Android phones are considered to be open source (app developers can create what they want, how they want) and iPhones are not (app developers have to play by Apple’s rules).

Another big difference is Androids are in the works with Adobe to become Flash enabled, while iPhones are not; iPhones support HTML5, the newest version of HTML.  HTML5 allows audio and video to be handled by the browsers, meaning plug-ins (like Adobe’s Flash) are no longer required.  So why the battle between Flash and HTML5 – and why does it matter if Apple uses HTML5?  The problem is that most of the Web is currently using Flash.  The change to HTML5 will force sites to redo their coding from Flash to HTML5, a long and costly process.  In the meantime, iPod, iPhone, and iPad users will not be able to view Flash content on their devices, limiting the sites they can fully surf.

So what is a marketer to do to ensure that their ads won’t get lost in the battle?  The safest bet is not to put all your eggs in one basket – banking on one technology or device can lead to disaster if customer sentiment suddenly changes or there is a glitch in technology that sends users running straight for the next-best-thing.  While it is important to adapt to changes in technology it is also important to be realistic and understand that changes don’t always occur over night.  Do what is right for your company and your audience; don’t get caught up in any back-and-forth between feuding corporations.  Keep your focus on your customer and you will come out on the other side of this tech war unscathed.

Insightful Statistics on Internet Usage in the Metalworking Industry

As an interactive agency we pay close attention to trends and statistics that relate to web usage and user experience. It is important for us to know that the sites we design and the user experiences we plan for our campaigns will be in step with the technological capabilities of the target market we are communicating with.

Geolocation-based services are slowly gaining exposure with platforms like FourSquare and Gowalla, but the trend hasn’t completely caught on – yet. That may soon change if Facebook makes good on the recently speculated launch of a new application that will allow users to share their location via status updates. The launch may take place as early as this month, though Facebook has yet to confirm.