Direct Response. Too Legit to Quit.

Published January 30, 2009 7:45 am by LoSasso
Categories: The business of marketing

Someone alert the Snuggie Fans!

Cash4Gold just bought a 30-second ad, slotted for the third quarter of Super Bowl XLIII, making the company the first direct-response advertiser to have a commercial during the big game.

The fact that Cash4Gold is advertising during the most-watched broadcasting time slot of the year sheds light on the hugely underestimated success and power of direct-response marketers.

Cash4Gold is experiencing an upswing, according to AdvertisingAge’s recent interview with Howard Mofshin, president of Cash4Gold. Since Cash4Gold was founded in 2007, Mofshin says, the company has grown from two people to 350, and executives intend to hire another 150 people in 2009.

The highly-anticipated ad will feature Ed McMahon and MC Hammer, who are known for both their fame and ongoing financial woes. McMahon said in a statement, “I’ve used Cash4Gold before, and that’s why I am happy to spread the word by appearing in their ad.”

Mofshin told the press that the commercial shows McMahon and MC Hammer trying to out-do each other by sending in things that get more and more outrageous in each shot.

Here’s hoping we’ll see gold Hammer pants. But let it be known that I’m keeping mine. 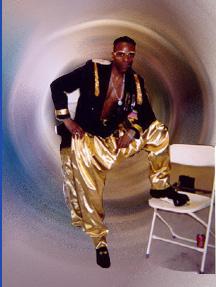 Why most interactive advertising doesn’t work

In 2009, online marketing is just about the only area of budget growth for most marketers.

Power to the People

They call us “user-generated content (UGC) creators.” And we’re taking over.